What is NU Gearbox?

A device that consists of a threaded shaft (a worm) that mates with a gearwheel (the worm wheel) to transfer that rotary motion between two rods at right angles to each other. An NU gearbox works with precision in its specified application. A Nu gearbox comes in several designs, sizes, and specifications to fulfill user-specific requirements. This type of worm gearbox is especially required where there is a need for high efficiency and reliability.

The worm reduction gearbox is available with a single reduction ratio from 5:1 to 70:1 as standard. The product is available with strategically designed blades for sufficient dissemination of heat generated. Subjected to the limitation of 90°C temperature under full load, the MEW NU series Gearbox will provide a minimum life of 20,000/- hrs. The gear requires no attention except checking the oil level once every fortnight. 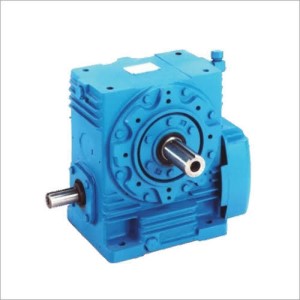 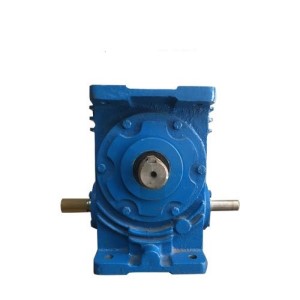 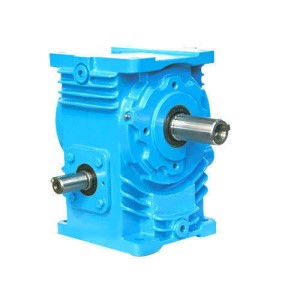 What are Different Types of NU Worm Gearbox?

A NU Worm Gearbox which is a gear type, is a crucial component of a machine used in different industries and domains. Its primary purpose is to increase the output torque or to modify the speed (RPM - Revolutions Per Minute) of a motor.

While the main function of any gearbox is to increase the output torque, there are different types of NU gearbox with varying features. Let us look at six such primary types.

This one is compact and uses less power. A helical gearbox is perfect for the construction of plastics, rubber, cement, and other heavy industrial applications. Moreover, it is used in crushers, coolers, conveyors, and extruders - all of which are low-power applications.

As compared to a worm gearbox, a helical gearbox has angled teeth that are quiet and smoother, resulting in better gear performance.

This gearbox NU type is widely used in heavy loads and other applications, given its rigid and robust structure. Once these gearboxes are mounted on the correct motor shaft output, they can offer several mechanical advantages. Also, these are one of the most customizable depending on the number of gears and teeth.

A worm reduction gearbox is a type of worm gearbox used when there is a requirement for speed reduction between two non-intersecting crossed axis shafts. This gearbox NU type worm, as the name suggests, uses a worm wheel with a large diameter to achieve speed reduction. Worm gearbox is majorly used in heavy industries like chemicals, fertilizers, and construction.

A planetary gearbox consists of a central Sun Gear, surrounded by three to four planet gears. All of these are held together with an outer ring gear with the help of internal teeth. This design spreads the power equally through the gears and allows a planetary gearbox to get a high torque in a small space.

These types of gearboxes are better performing than a worm gearbox.

This gearbox is ideal for heavy-duty applications. They are noted for their quality and efficiency and are manufactured with high specifications. This enables maximizing transmission and load ratios. Since they have inputs and outputs on the same rotational axis, they perform better than a worm gearbox.

A bevel helical gearbox is used to offer rotary motions between non-parallel shafts. These types of gearboxes are majorly used in quarries in the mining industry and conveyors. One of the main features of this type of gearbox is a curved set of teeth located on the cone-shaped surface that is near the unit’s rim.

Why NU Helical Gears are Used in Transmission?

Helical gears are used in heavy-duty applications. However, there are specific reasons why they are used in transmission. Let us look at a few reasons:

How do You Size a NU Gearbox?

To size a gearbox appropriately, it is best to work with or hire consultants or to even use customer gear designs. You can even work with manufacturers and get your gearbox sized that delivers the specifications from calculations and testing performed by them.

Prakash Engineering & Gear Co. is involved in manufacturing several types of gear box such as helical gear, worm gear box, worm reduction gearbox, aluminum worm gearbox, etc. Our worm gearbox comes with graded cast iron housing with an adapter type suitable for horizontal mounting as per the DIN standard centers. A worm gearbox is one of our highly recognized products due to its dustproof and airtight quality.